The Alaska AMBER Alert Plan is a voluntary partnership between law enforcement agencies, broadcasters and transportation agencies to activate an urgent bulletin in the most serious of child-abduction cases. Statistics show that the first few hours after a child abduction are critical to the outcome of the case. According to a study by the United States Department of Justice, three quarters of the children who are kidnapped and later found murdered were killed within the first three hours after being taken.

After the Law Enforcement agency determines that the information on a missing child meets the criteria for an Amber Alert, they issue an EAS code event with information on the abduction. TV and Radio Broadcasters then interrupt their regular programming to continue to air a description and or photo of the abducted child and suspected abductor. Highway road signs will also activate at this time.

The goal of the Alaska AMBER Alert Plan is to instantly galvanize the entire state to assist in the search for and safe return of the child. You can now sign up to receive free wireless text messages when am AMBER Alert is issued.

AMBER Alerts will NOT be used for Runaways or Family Abductions unless investigation determines that the victim’s life is in immediate danger.

The AMBER (America’s Missing: Broadcast Emergency Response) Alert Plan was created as a powerful legacy to 9 year-old Amber Hagerman who was kidnapped and murdered in Arlington, Texas in 1996. As a result of Amber’s murder, the Dallas/Fort Worth Association of Radio Managers teamed up with local law enforcement in northern Texas and developed this innovative early warning system to help find abducted children. Already the AMBER Plan has assisted in the speedy recovery of a number of children.

Statistics from the National U. S. Department of Justice Amber Alert website, current as of December 23, 2015

Broadcasters will do what they do best; they will get the information out to the public.

They will keep the attention of their viewers and listeners engaged during the critical first hours of an Amber Alert.

They will continue to follow the story and broadcast any breaking news or updates until its final conclusion.

The purpose of radio and television broadcasting is to serve the public which is similar to law enforcement and to operate in the Public Interest. Among all the technological and operational changes especially in recent years, these tenets are one constant since the Telecommunications Act of 1934. And this is why broadcasters in Dallas Texas began what is now called the Amber Alert and why today the broadcast community in Alaska will do all they can do to help law enforcement bring home an abducted child.

It has been said that the advent of the Amber Program has been the greatest example of trust and partnership between broadcasters and law enforcement. The Alaska Broadcasters Association and its member’s pledges to keep this trust. While we do not participate in the decision making process that triggers an Amber Alert, radio and television stations, together with cable systems are critical to the program’s success.

In conclusion, Broadcasters face many of the same challenges as those in law enforcement. 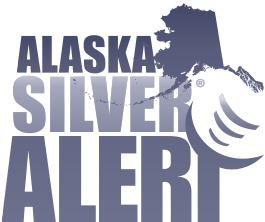 Silver Alert is a voluntary partnership between law enforcement agencies, state and local government, and Alaska’s media and broadcasters to alert the public when a vulnerable adult is missing and believed to be in serious danger. The system uses media and broadcast releases, email, social media, and the State’s transportation 511 system to distribute a description of the missing adult.